The World Wide Fund for Nature (WWF) Russia and the Luxembourg-based fund management company CREON Capital have agreed to create a «Global Transparency Rating of Oil and Gas Companies». The survey will involve 30 global commodity producers from around the world, it will be focused on their efforts to strengthen their environmental responsibility. Therefore, environmental strategies will be evaluated as well as concrete measures towards more environmental protection in a sector, which is critical for nature and human being. This will be the first worldwide study, which provides transparent and comparable data and information on environmental responsibility in the global oil and gas industry. WWF Russia and CREON Capital signed a declaration on May 25 during the International Economic Forum in Saint Petersburg.

The rating will be presented on several events later this year. Alexey Knizhnikov, WWF Russia’s head of the Environmental Policy program in the Fuel and Energy Complex, said: «The rating will allow us to assess on an annual basis the efficiency and transparency of oil and gas companies in terms of environmental responsibility: the development of renewable energy as an alternative to fossil fuels plays a role as well as activities to conserve biodiversity, the companies’ programs for environmental protection and renaturation.» In the past four years, when WWF and CREON conducted the rating for Russian companies, this format had become a platform of constructive dialogue between energy companies and civil society, Knizhnikov remembered: «Now we want to expand this platform to a global level, and we invite the industry to join the dialogue on ecological responsibility.»

Dr. Fares Kilzie, Chairman of CREON Capital, commented: «Our role as an investment fund is that of the co-investor in environmentally responsible projects, such as the processing of associated gas and the establishment of supply chains for LNG as an environment-friendly alternative to heavy fuel oil and diesel in the transport sector.» For him as a Fund manager it were not only possible and necessary to realize «green» projects, said Kilzie, but also economically reasonable. «We therefore support our partner WWF in every respect in order to promote the topic of ecological responsibility in the global oil and gas industry.»

The Rating of Environmental Responsibility in the Russian Energy Sector has been launched in 2014 as an initiative of the CREON Group and WWF Russia. The project’s objectives were to conduct tangible and comparable information on environmental activities of oil and gas companies. Thanks to the publicity effect of the rating, some influence could be exerted on the companies in Russia, which partly increased transparency, decreased pollutions or developed an environmental risk-management-system. In 2017, the rating was first presented in Europe, also a separate rating of the Kazakh oil and gas companies was conducted. 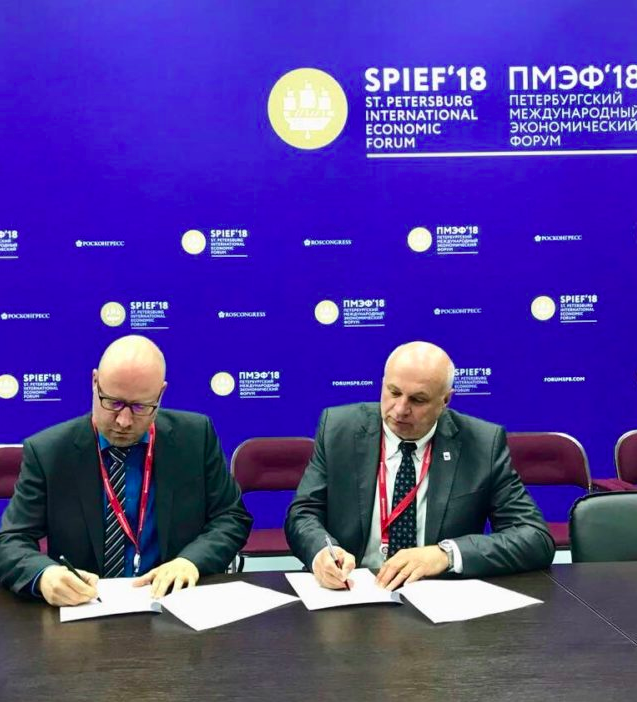 Florian Willershausen (CREON Capital, left) and Alexey Knizhnikov (WWF Russia) signed a Memorandum of Understanding, stating that both organizations will conduct a Global Transparency Rating of Oil and Gas Companies 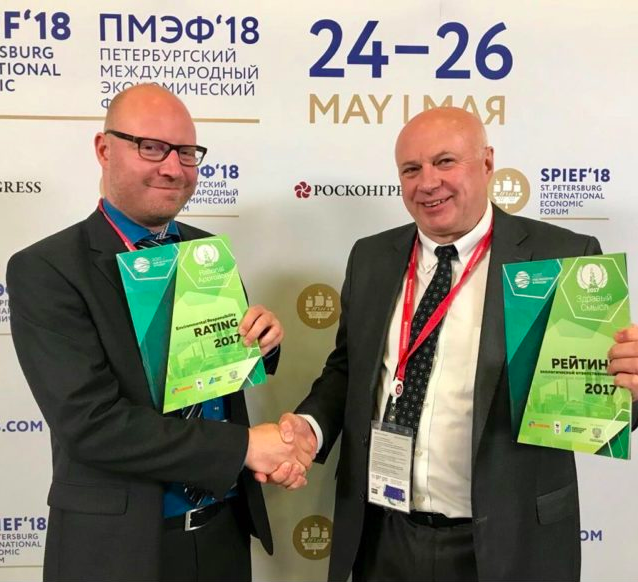 The World Wide Fund for Nature (WWF) Russia works with state institutions, companies, experts and local communities to change people’s attitude to nature. The priorities of WWF’s various activities in Russia include the protection and preservation of biodiversity, sustainable forestry and fisheries, the «green economy», environmental governance, climate and energy.

CREON Capital is a fund management company based in Luxembourg. It manages the CREON Energy Fund, which actively invests in energy projects. Green technologies and renewable energy are among the focus areas of investments. The private equity fund also invests in the processing of gas and the construction of a liquefied natural gas infrastructure.